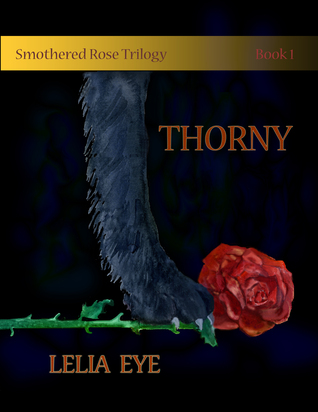 
"You're nothing but an ugly old witch. I wish I could leave this flock and go back to hunting and being surrounded by pretty things and attended upon, as is my right. I hate the life of a shepherd."
"You would prefer, then, to be the wolf?" she asked, waving her hand about in the air. "Very well. You can have what you want . . . and your outward appearance shall reflect your inner heart. As you wished it to be, so it shall be."
****************************************************************
An Apt Punishment for the Boy Who Cried Wolf . . .
When a spoiled boy is forced to watch over a flock of sheep, he finds himself more interested in catching the eye of a girl with lovely ground-trailing tresses than he is in protecting his boring charges. But after he cries "wolf" twice, a determined fairy decides to teach him a lesson once and for all. She will give him what he desires, and perhaps he shall learn that some things are worth more than simply getting what he wants; some things are worth making sacrifices for.

I received this book from Story Cartel in exchange for a review.

I'm really happy to say that Thorny was probably one of the best Beauty and the Beast retellings that I've ever read. I started off skeptical, but I really did fall in love with this story quickly. In many retellings, the beast character is so obnoxious that I just never seem to be able to like him. I didn't have that problem here. He's dislikable at first, but it never seems too unbearable, and by the end I really liked him. (Also, I realized very early on that the author was purposefully concealing his real name, and I liked that bit of the story.) I also enjoyed Elle's character. She wasn't annoyingly good, which is something I think happens a lot with the beauty character. She had flaws just like the beast, and I'm pretty sure they were actually about equal in that regard. I liked that bit.

I highly recommend this book to anyone who enjoys fairy tale retellings, especially retellings of Beauty and the Beast. This is also the first in a series, and I look forward to seeing how the story is continued in the second one. All of the Beauty and the Beast story seems to be wrapped up, and I wonder if it's going to continue on with another fairy tale, especially with all of the allusions to other stories in this first one. I'm excited to find out.
Posted by Haley Keller at 5:21 PM