Merry Christmas, everyone! I hope you're all having a great day, even if you don't celebrate the holiday. My Christmas has been pretty great although it mostly happened yesterday. My dad's side of the family got together, and when we came home, we opened all of our presents. We usually open them in the morning, but apparently my parents didn't want to deal with everyone waking up at different times.

My favorite present by far is my new Olaf sweater. Perrie from Little Mix (i.e. one of my favorite people in the world) has the same sweater and posted a picture of herself wearing it about a month ago. I said something about absolutely loving it, but I was completely blown away to open it last night. My mom apparently bought it from somewhere in Europe. She image searched the picture of Perrie to find it. I didn't even think my mom knew that was something you could do on the Internet. Anyway, I was beyond shocked, and even wore it to midnight mass. My sister got a different Olaf sweater, so we were matching. 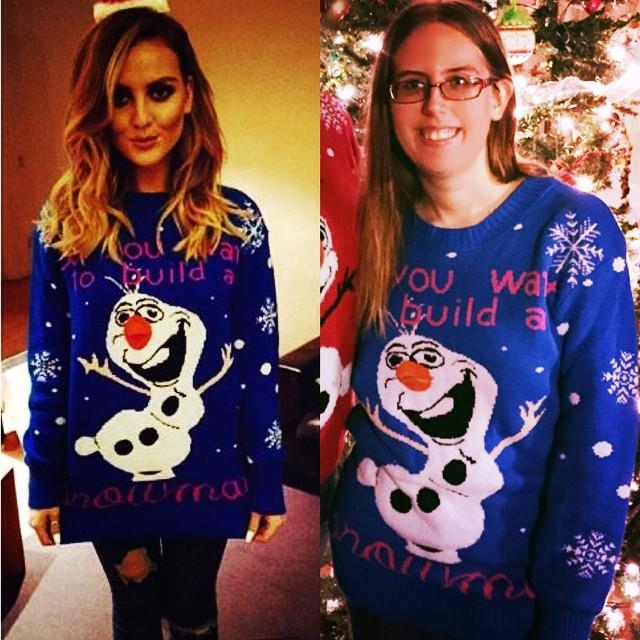 I got some other awesome stuff as well, but just listing it all off would be boring. A few highlights is the How to Train Your Dragon 2 DVD. The first movie is on my all time favorite movie list, but I never managed to see the sequel in theaters, so I'm beyond excited to actually have it now. My Little House DVDs are also now complete. (I thought they were last Christmas and then discovered there was one season I didn't have. Now I really should be set though.)

In addition to the sweater, my mom bought me some Little Mix stuff that you can only get in the UK, which meant it had to be shipped, and I'm so thankful for that since I've been looking through their store forever trying to decide which item I wanted the most since it was all expensive with shipping.

Then I got a Keurig to take to my dorm since I've only started drinking coffee this past semester. It's nice because this means I don't have to go to Starbucks every single day, but the Starbucks on my campus also sells K cups that I can buy with my meal plan money. So it's even more convenient since I can fix it in my room, and I'm assuming I can get more coffee out of buying those than buying actual drinks at Starbucks every single time.

And then the last gift I'll mention is the Harry Potter mug that my sister actually painted. The most impressive part is that my sister painted a grim inside as if it's tea leaves. I tweeted about how cool having a mug like that would be months ago, and somehow my sister made one yet claims to have never seen my tweet. It's just this really strange coincidence. She also painted a lightning bolt and glasses on one side and the world "Always" with the "A" a Deathly Hallows symbol on the other side. It's really cool. 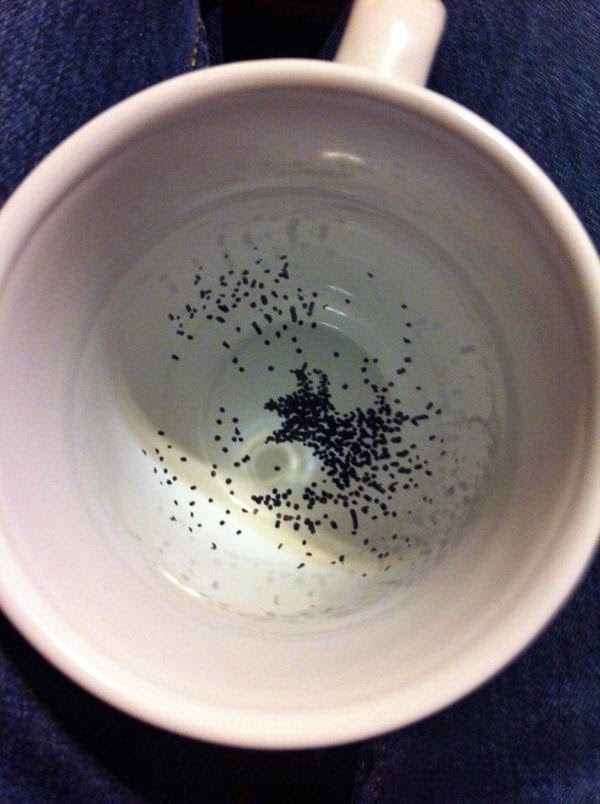 Anyway, I'm going to have to wrap this up because my sister is very insistent that I go see her immediately. I have no idea why, but I suppose I'll go find out.
Posted by Haley Keller at 6:57 PM