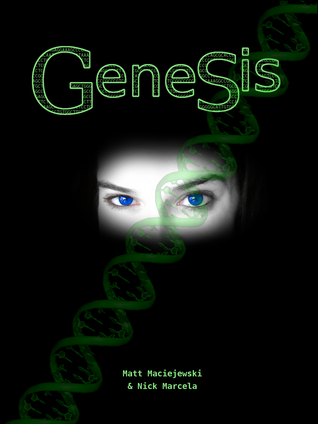 
Lynn's feelings of social isolation and family tension are soothed only by the music of her idol, the eccentric pop icon Bayle. Her alienation at first seems to be a classic byproduct of teenage anxiety, but when Lynn and her best girlfriends are suddenly shaken from their daily high school existence by a deadly attack from members of her own father’s biotech corporation, GeneReal, it becomes clear that Lynn’s social estrangement stems from far more complex sources. Miraculously saved from certain death by her idol Bayle himself, Lynn finds herself sucked into the middle of a political whirlwind revolving around top-secret, large scale transactions between GeneReal and the American and Chinese governments. Drawn suddenly into a plot to expose these ethically dubious transactions, Lynn must reconcile her morals and preconceived world views into a new reality. As she and an eclectic undercover team of ‘hactivists’ infiltrate the GeneReal headquarters in Beijing, dodging deadly counterattacks to gather information about top secret genetic innovations, Lynn suddenly realizes that her involvement in the entire situation is not simply a moral or social issue – it is more personal than she could ever have imagined...
Modern society is a hybrid of cultures, architectures, and tastes. GeneSis probes the inevitable next step of this ubiquitous hybridization, and perhaps the step most true to the semantic meaning of the term: the hybridization of the human genome. While examining the ethical implications of genetic advancements, this vibrant and action-packed novel offers at once a poignant socio-political commentary on future society and an exploration of relationships and cultural boundaries all too similar to our current world.

I received this book from Story Cartel in exchange for an honest review.

I really disliked this book, and I can't figure out if that's just me or the book itself. The story to me seemed more or less like one of those bad action movies that people only watch for the action. The thing is, books are a bit different than movies when it comes to action, so it's harder to just focus on that sort of "cool" stuff. The plot in this just kind of seemed all over the place to me. It took a while to actually work out what was happening, and even then I just found the majority of it unbelievable.

There was such a large cast of characters, and the POV would change pretty often. A lot of the time it wasn't clarified whose POV it was, so I would have no idea who I was reading about. I think a lot of this came from the fact that I found a lot of the characters indistinguishable from the others, so there was nothing unique about them in order to show that it was them without directly stating their name.

I feel like parts of the writing style seemed off to me at times too, but I've taken too long to write this review that it's difficult to remember now. I think maybe it was some of the dialog that just came off as awkward to me, but I'd have to go back and look at the book to be sure, which is something I really have no desire to do.

I just did not like this book at all. I almost abandoned it multiple times, but I pushed through since I'd gotten the book from Story Cartel and also didn't want to abandon one of the first books I was reading in 2015. I was hoping it would get better, but it just didn't. This is the most negative review I've written in a long time, and I kind of hate that it's so early in 2015. I wanted to try and find something positive about this book, but I honestly just couldn't.
Posted by Haley Keller at 2:07 PM