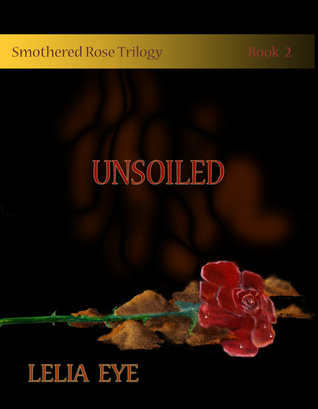 
"Look, Poppy! It's Bella of the Cinders. She certainly doesn't look like 'The Beauty' now, does she? Not with that rat's nest of hair or those filthy chicken arms. Maybe we should start calling her 'Cinderbella.'" Nettle started laughing as if she had said the cleverest thing in the world, and I heard Poppy weakly join in.
I didn't look at them; I just continued cleaning the ashes and soot, aware that it was on my face and hands and clothes, aware that the picture I made was a far cry from the beauty my father had always praised. Why should I have cared whether or not my hands were soiled with soot? What need did I have for beauty anymore?
************************************************************
An Escape from Oppression . . .
Elle's life is turned upside down when tragedy strikes. Her stepmother and stepsisters treat her as Cinderbella, forcing her to do manual labor to the point of exhaustion. It would be easy enough to accept Thorny's overtures, yet the inequality that exists between them seems an unsurpassable gulf.
But when Thorny suggests they go to the nearby kingdom of Airland in quest of a mythical sword whose bearer will be made queen, Elle sees her opportunity to start a new life, freed from the oppression of her stepmother. The thought that she might have to face such challenges as hungry dwarves, land pirates, and angry chimeras never crosses her mind.

Unsoiled is the second book in the Smothered Rose trilogy. I reviewed the first book, Thorny, back in October.

I originally picked up the first book in the trilogy because I love Beauty and the Beast and am always interested in retellings, but while reading, I had really liked how the author tied in a lot of different fairy tales into the story. This book has even more of that. There are elements from many different fairy tales, and I thought they were all brought together really well. Plus, it was kind of fun to pick out which fairy tales different parts of the story came from.

After the first book, I was a bit curious about where the story was going to go. The first one concluded very nicely but also had an ending hinting at more. I just wasn't sure what that "more" would be. I really like where the author has taken the story though. It's very different from the first book, but in a really nice way. The characters are all still fantastic, and I like how they're continuing their growth even though the story itself has completely shifted focus. Plus, I think the second book ended in a way that's more open-ended than the first book. It seems like it's going to lead into the third book really well.

I would highly recommend this series to anyone who enjoys fairy tale retellings. It's a really, really great one, and I'm looking forward to reading the third book.

I received this book from the author in exchange for an honest review.
Posted by Haley Keller at 5:09 PM