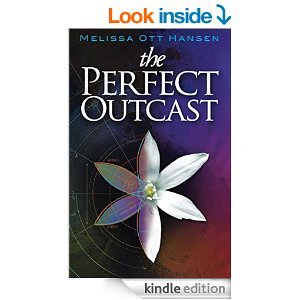 
Pria is a world so perfect, its people have never known hunger, illness, physical pain, or even death. They comprehend these things only through the chilling reminders of Father Sampson, their beloved Creator, who experienced them himself in a more savage world. Beauty is the privilege of every person, both to have and to see—that is, until Alina is born.
As she grows up and endures the isolation of being different, Alina observes a paradox around her. Women are stunning, yet always trying to look better; men constantly gratified, but never fulfilled; Father Sampson is worshipped, yet feared by all—except Jade, Alina’s guardian and the only person she loves in the world.
Alina then learns there is more to the history of Pria than what she's taught in school, and to Carthem, the terrifying place where the disruptive are sent. As the mystery surrounding her birth is revealed, Alina finds herself in the heart of a dangerous conspiracy, with the fate of both Pria and Carthem in her hands.

I'm always so intrigued by dystopian books. I love how they force me to think about ways the future could go wrong. Maybe that's a bit morbid, but it's true. This book was the same way from the moment I read the synopsis. I've read quite a few dystopian books by now, but I still get really swept up in the idea of them.

And I really did like the world in this book. It was very interesting and different enough from other worlds I have read that it seemed like something new. There were a few points here or there where something reminded me so strongly of something I had read in another dystopian book that it took me out of things for a bit, but that wasn't a problem for the majority of the book. I think I've reached the point where that's going to happen for pretty much any dystopian book.

I couldn't entirely get behind the romance just because it seemed like a case of instalove to me. I know that doesn't bother a lot of people, but I'm someone who can't really like a couple together unless I see their relationship actually developing. That doesn't really happen here. They know each so little and Alina is already saying she loves him. Luckily, that was such a small aspect of the book that it didn't bother me too much.

I've read about worlds where everyone is pretty and other things similar to the world in this book, but it was different enough that it separated itself from those well in my opinion. It held my attention and had me wondering what would come next. I would definitely recommend this book to those who enjoy dystopian.

I received this book for free from the author in exchange for an honest review.
Posted by Haley Keller at 10:08 AM