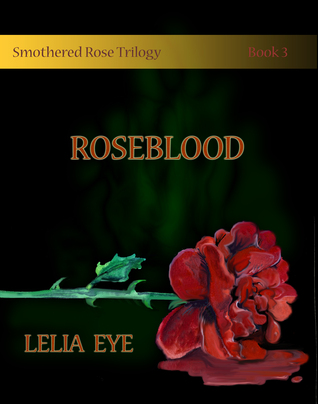 
"I hate dancing. I don't want to attend all those balls, exchanging fake smiles and watching nobles preen over every compliment like slavering lapdogs."
"Birds and cats preen, Thorny."
"Whatever. I don't care. I hate the whole thing. It's all a pile of worthless sheep dung!"
"Need I remind you that sheep dung isn't entirely worthless? Besides, you don't hate dancing. You just hate the idea of dancing with women who aren't Rapunzel.”
****************************************************************
Estrangement and Reconciliation . . .
Though Thorny has estranged himself from Elle, he would do anything to keep her safe, even if it means risking his life. When a series of balls necessitates Elle's attendance, Thorny would much rather she remain in Airland, where she will be safe from her stepmother's curse. But Elle is determined to reconcile with him, and Queen Rose has every intention of assisting her in doing so. Unfortunately, there is more happening than meets the eye, and the magical properties of the rapunzel lettuce could end up destroying everything Thorny holds dear.

This is the third book in the Smothered Rose Trilogy. I've reviewed both Thorny and Unsoiled over the past several months.

I feel like much of what I have to say about this book is what I said about the first to, since going into much detail would include spoiling those two books. This story continues to weave together different fairy tales, and it was fun to pick out which aspects of the story were coming from which fairy tale. I thought they were all woven together very well, and it was such a fun story.

When I was maybe a fourth of the way through the story, I wondered how things would be wrapped up in this one book, but everything came together very nicely in the end. I really liked the ending. It definitely felt like a fairy tale ending, and I thought it was very fitting for the story.

I would recommend this series to anyone who likes fairy tale re-tellings. They're entertaining and fun to read.

I received this book from the author in exchange for an honest review.
Posted by Haley Keller at 4:40 PM