I know there are some book bloggers who do things like this on a regular basis. There are those posts about books that people are excited to come out and then those that they want to buy and things like that. I don't plan on making this a regular thing though. I have an absurdly long book wish list, but it's rare that I check anything off of it. Most of the books I've gotten recently come from giveaways or are for review. I buy one or two here or there, but even then it's usually new releases I don't want to wait for or it's like that copy of Harry Potter I recently found being sold used. I can't remember the last time I even bought a book directly off my wish list, especially one towards the top that are theoretically the ones I plan to buy next.

But someday I will, and these are the next five books I plan (or at least hope) to get.

1. Sarfighters of Adumar by Aaron Allston. This is the ninth and penultimate X-Wing series book. I've read the first eight but not the last two. The tenth one actually came out about a decade after all the others, I think. We're going on two years now since I read the eighth one, and who knows when I'll get around to nine and ten. I will at some point though. I swear. I think that out of all the series I'm in the middle of now, this is the one that I want to finish up first.

2. Catching Fire: The Illustrated Movie Companion by Kate Egan. How easy would it even be to get this book at this point? I have no idea. I also don't know if a Mockingjay one even came out. I've talked about these sorts of books in the past though and how I really enjoy them. I do want to read the Catching Fire one. I just haven't yet.

3. The Search by Gene Yang. This is the second of the Avatar comics series. I've read The Promise and enjoyed it. Then I fell behind. Since I'm multiple series behind at this point, I really do need to catch up. Although it might be a good thing that I've waited until I can buy it all in one volume because I bought all the individual volumes of The Promise. Both ways have advantages and disadvantages though. It would have been nice if I'd managed to stay caught up as the volumes were coming out. 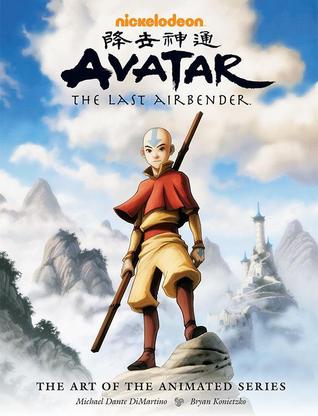 4. Avatar: The Last Airbender - The Art of the Animated series. That's really a mouthful. This book has also been out for quite a while, and I've heard nothing but good things. I desperately want it. The animation of Avatar was something that I looked over while A:TLA was airing, but it was an element of Korra that I was much more aware of. I love that there's a book all about it, and I feel like it's one of those things that's that every Avatar fan wants to have.

5. The Cuckoo's Calling by Robert Galbraith. Do I need to explain this one? A new J.K. Rowling book, whether it's under her name or not, is something I need to read. I was one of the few people who genuinely enjoyed The Casual Vacancy. I know this one is a lot different even from that, and that only makes me more excited to read it.

Now we just have to wait and see when I actually manage to get my hands on all of these books.
Posted by Haley Keller at 1:41 PM