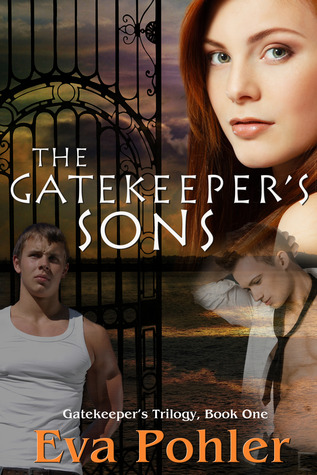 
Fifteen-year-old Therese watches her parents die. While in a coma, she meets the twin sons of Hades—Hypnos, the god of sleep, and Thanatos, the god of death. She thinks she's manipulating a dream, not kissing the god of death and totally rocking his world.
Than makes a deal with Hades and goes as a mortal to the Upperworld to try and win Therese's heart, but not all the gods are happy. Some give her gifts. Others try to kill her.
The deal requires Therese to avenge the death of her parents. With the help of Than’s fierce and exotic sisters, the Furies, she finds herself in an arena face to face with the murderer, and only one will survive.

I really didn't like this book. As you can see above, I read this book more than a year ago, and it has stuck with me in the worst possible way. I had to read the synopsis to remember the plot, but as soon as I did, my reaction was along the lines of, "Oh God... No." Everything came rushing back, and I dreaded having to write out all of the things I hated about this book. This isn't going to be everything, though, because there's just not enough space for that.

There's a lot to unpack when it comes to the plot of this book. As the synopsis mentions, Therese enters a coma and meets Hades' sons there, one of whom she immediately starts kissing because she thinks it's a dream. The way the things develop from there is strange. You're told that Than, Hades' son, hasn't been in love before because he has the duty of accompanying the dead to the underworld, but he responds easily to Therese kissing him and has what must be considered insta-love.

Considering this seems to have been his first kiss, him falling in love was far too much for me to suspend my disbelief, and the ickiness of Than knowing it's real and Therese thinking it's a dream didn't set the book off on a good start for me.

And the insta-love just continued in full force from there. Than is an immortal god, but he falls in love with Therese instantly and makes a lot of sacrifices for her despite barely knowing her. Again, I couldn't believe that an ancient god would so quickly fall in love with a human and change his life for her. This was made even worse by the fact that Therese consistently acts like a child with an school girl crush the entire book. It's nearly possible to interpret her feelings as being anything but shallow, so when things start to get "serious" between them, it felt like I should warn a child off from getting her feelings hurt. Nothing about their relationship is mature, yet it's presented as if it is throughout the book.

This is the first book of a series, and the series as a whole would have greatly benefited from slowing down the progress of Than and Therese's relationship. It happens too fast, yet you never see their feelings for each other develop. They're just said to be there. I didn't get any chemistry from them.

Ultimately, the book read like a fifteen-year-old's dream of her future instead of a real—if fantastical—experience. Even at fifteen, I don't think I would have found anything that happens in this book realistic. Absolutely no part of the plot flows in a natural way or has a plausible explanation for it.

Oh, and I do want to mention that Therese is fifteen because I was quite weirded out by an immortal god falling for a fifteen-year-old and wanting her to commit to him for life, especially a life that might be for eternity.

And even though he does nothing of worth for the entire book, I can't end this review without giving a shout out to Than's twin brother, Hypnos, who regularly makes out with girls in their dreams without them knowing he's real. This is never commented on as being creepy behavior by any character in the book. They only roll their eyes as if it's annoying but ultimately nothing to be concerned about. It's been more than a year since I read this book, and thinking about that still infuriates me. That behavior is not okay, but the book doesn't condemn it in the slightest.

If I remember correctly, he also kisses Therese at one point despite her relationship with his brother, and this is brushed over in a very strange way.

All in all, I guess it's impressive how much I hated this book if I'm willing to rant about it this much more than a year after I read it.
Posted by Haley Keller at 9:01 AM