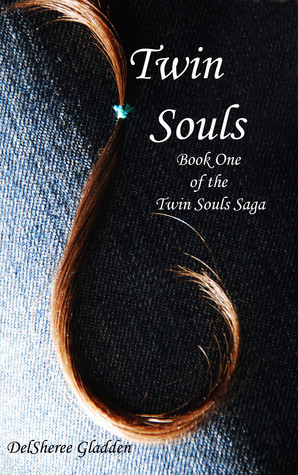 
He avoids her because of the strange physical pain he feels when they touch. She avoids him because the way everyone seems to do what he says scares her. But when Claire needs to escape a bad situation Uriah is the first person she thinks of, and he is eager to rescue her. Faced with each other for the first time, both Uriah and Claire find it impossible to listen to their fears and stay away from one another. They soon find out, though, that there is more than they ever thought possible trying to keep them apart.
Following tradition the pair approaches the Elders of their Tewa tribe to ask permission to marry. Everyone is shocked when the shaman refuses them, claiming they are not Twin Souls. Confused and angry Uriah refuses to listen, and promises them that he will never abandon Claire. When Claire is poisoned by her vindictive father his resolve is tested. Ancient Native American myths and legends spring into reality, doing everything they can to keep Uriah from saving Claire’s life, while beginning to reveal the truth behind the lies he has been told all his life.

It's been a year and a half since I read this book, and I've been dreading writing the review ever since. This is one of those cases where I feel like I need to write one because it's important to address the problems in the book, but as I also have nothing positive to say, I don't like having to get into all of this.

This was part of a collection of ebooks that I downloaded for free. If it hadn't been for that, I probably would have avoided it based just on what little I could see from the synopsis.

As you can tell from the summary above, the two main characters in Twin Souls are Native American. As soon as I saw that, I became cautious. The first thing I did was look into the author to see if they were Native American themselves. The phrase "myths and legends" being used in the summary had me on guard as I've heard Native Americans reject such words being used to describe their religious stories as it trivializes their legitimate beliefs.

Gladden makes no reference to her background on her website except to describe herself as "native to New Mexico", which I'm going to assume doesn't (despite the background of her characters) mean she's Native American. There are no evidence or direct claims anywhere that she is on her website. Because of that, I was careful going into the book, and I wanted to try and figure out what was fact and what was fiction in her portrayal of the Native American culture in the book.

The fact that the characters are described as belonging to the "Tewa tribe" is probably a good place to start when it comes to what's fiction in this book. From what I've been able to find, Tewa is a linguistic group that is comprised of multiple communities in New Mexico. Despite the phrase "Tewa tribe" being used in the book, there seem to be multiple "federally recognized tribes" that are all Tewa. Words like "nation" are often preferred to "tribe" as it is, so the fact that the phrase "Tewa tribe" was used when no such tribe uses that name was a sign of how the rest of the book would go.

I can't tell you how exactly how accurate this book is in portraying Tewa culture, but even if I hadn't done any extra research, I would have had trouble believing any of it was rooted in an actual indigenous culture. Some would probably say that justifies it, as it's merely meant to be fiction, but that's a huge problem as it's a white person making up their own story while trying to dress it up as a Native American story and attribute it to a culture that it has nothing to do with. It does this while also indulging in some bad stereotypes.

Even as a white person, I felt right away that the Native characters in the book had been written by another white person. In the book, the Tewa have members of their communities called Shaxoa (a term that I couldn't find outside of this book). Claire calls the Shaxoa "witches" and vilifies them despite them being an important part of her culture.

The idea of Claire using the term 'witch' (a term from European mythology) to describe a role within her community made no sense, and her hatred of them felt more like an outsider's (i.e. white person's) perspective of the Shaxoa than the perspective of someone inside the culture. She didn't feel like someone who had grown up within a culture where the Shaxoa were important and valued.

That continues throughout the book, with both Claire and Uriah viewing their own culture negatively. And the book presents it as if the reader should view it the same way they do, as their culture is preventing them from being together. If this book were a dystopian novel, Tewa culture and the elders would be the evil government who the protagonist was trying to overthrow. It made me very uncomfortable with how the supposedly indigenous culture was being presented.

It wasn't as if there was questionable Native American content but the rest of the book was good either. The book was just bad.

In addition to the Native characters feeling like they were written by a white person, they didn't feel like actual teenagers. They didn't act realistically to anything.

As an example, one character refers to a "pack of other teens" at one point. I can't for the life of me imagine a teenager referring to other teenagers using that phrase. I actually laughed out loud when I read that line because it felt like something an adult would say, not a kid.

There are also problems with the ways the Tewa elders often speak, which plays into many stereotypes, but as I'm not Native myself, that's not something I can really analyze in detail.

The book also has multiple jumps in time that made it hard to follow the progression of Uriah and Claire's relationship. We don't see their relationship progress because we're just told that time has passed and now their in a long term relationship. As a reader, I was supposed to believe that they were deeply in love only because they'd been together a while, even if I hadn't seen any of that happening for myself.

Because of this, I wasn't invested in them as a couple. It was a bad case of telling instead of showing. I was told they were in love, but I didn't see it for myself. When everything else in the book was so bad, that took away the last chance I had of emotionally connecting with the characters. I just didn't care. They could have died; they could have been separated forever; and it wouldn't have mattered to me.

Since the harmful Native content is my primary reason for even writing this review, I won't delve into various other ways I disliked this book, but I will say that I have a long list in the notes of my phone, and I've only written about a small portion of it. There are just a few other issues that I think need to be at least briefly mentioned:

Soul mates (or twin souls as they're called in the book) are part of Tewa culture within this book (and, again, were not something I could find sources for when researching). They are meant to be two halves, and the way it is presented heavily implies that twin souls can only be one male and one female. No one bothers to acknowledge the existence of queer people, and there are no queer characters, but it's heavily implied that soul mates are only opposite sex couples.

Claire's father is also emotionally abusive, and his actions don't make sense. I'm not saying the way abusers act is always logical, but he's written as if he's a cartoon villain at times. He tries to scheme only for things to fall apart, and he does things that have no logical backing. That entire part of the story was a mess.

As this is getting far more negative than I like being, I'll leave that here. As I've stated multiple times, I can only write from the perspective of a white person, so I'd welcome feedback from any Native Americans about what I've said, how I've phrased it, language I've used, etc.

I haven't seen a review of this book written by a Native American, but if I find one, I would definitely like to add a link to it here. As it is, this is a book that I would have avoided buying from the synopsis alone if I hadn't discovered it in a bundle books I got for free. I don't at all recommend it.
Posted by Haley Keller at 1:43 AM