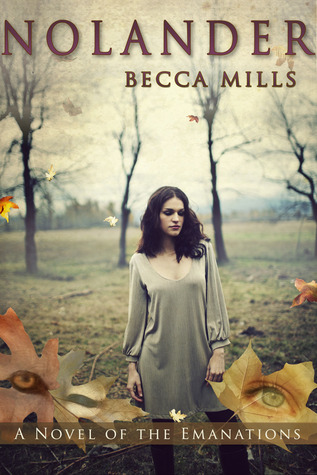 
Nice girls don't believe in monsters. They're wrong.
Amateur photographer Beth Ryder is in trouble. She's taking pictures of things she can't see, things that aren't human. Beth has her own dreams, but people like her don't get to go free. She's seized by a dangerous organization dedicated to keeping Earth's shadow world -- and its frightening inhabitants -- a secret. Forced into otherworldly politics and uncertain whom to trust, Beth must come to terms with a radically altered future -- one in which her own humanity seems to be draining away.

This was another one of the books that was in the Gods and Mortals anthology that I downloaded for free. It's also the one I remember the least about, and I hardly wrote any notes while reading (which I typically do to help me write reviews later). Interpret that how you will, but because of that, I'll try to keep this brief and just run through what I did make note of.

One of the things I do remember about this book was that it felt like the author had brought out a thesaurus to throw in some fancy-sounding words. These big words didn't sound natural and took me out of the story. It was one of those scenarios were it felt like the book was trying too hard to sound smart.

The book contains statutory rape, with one character describing how he raped a fifteen year old. His actions are even described as statutory rape on the page, but he does not care. I've re-read that passage for this review, and it's really disgusting how it's handled. And the rapist in question isn't a villain in the story either; it's one of the love interests who did it.

In fact, all of the men in this book are complete creeps who you want to yell at Beth (the main character) to stay away from, not kiss.

Overall, what I remember most about this book is how terrible the guys were and how confused I was by the whole thing. It's good to have suspense, of course, and leave readers wondering what happens next, but I was just baffled by the whole thing. I'd feel uncomfortable recommending this to anyone.
Posted by Haley Keller at 8:27 AM