Book Review: A Native Peoples' History of the United States by Roxanne Dunbar-Ortiz 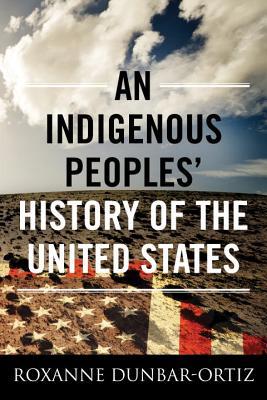 The first history of the United States told from the perspective of indigenous peoples.

Today in the United States, there are more than five hundred federally recognized Indigenous nations comprising nearly three million people, descendants of the fifteen million Native people who once inhabited this land. The centuries-long genocidal program of the US settler-colonial regimen has largely been omitted from history. Roxanne Dunbar-Ortiz offers a history of the United States told from the perspective of Indigenous peoples and reveals how Native Americans, for centuries, actively resisted expansion of the US empire.

Spanning more than four hundred years, this classic bottom-up peoples’ history radically reframes US history and explodes the silences that have haunted our national narrative.

This is the third book in the ReVisioning American History series, and it's also my favorite that I've read so far.

Only the -beginning of the book discusses Native cultures before colonization. The majority of the book is devoted to Indigenous history since colonization began. That fits with the idea of the book as it's about the history of the United States, and there was no United States prior to the arrival of Europeans in North America.

This focus on more recent Indigenous history also felt important because Indigenous people are so often talked about in the past tense when discussed at all in US history. It's important to have books like this that center Indigenous people throughout the entire course of US history and don't treat them as people who disappeared long ago.

While the earlier books in the series seemed to suffer from how much they were meant to cover, I didn't get that sense from this book. That's impressive to me considering how many Native nations there are across the present-day United States. While certain nations definitely were mentioned more than others, the book flowed very cohesively and what was covered seemed to be chosen for a good reason.

The end of the book also included a "suggested reading" section, which I loved. I added a lot of books to my TBR. I think this is excellent because one book is always going to be limited in what it can cover, and a section like this helps keep information flowing and expands what the book can do. I mentioned in my review of A Disability History of the United States that the book had made me want to dive deeper into the history of different disabled groups. A suggested reading section in that book would have been a great head start for me doing just that.