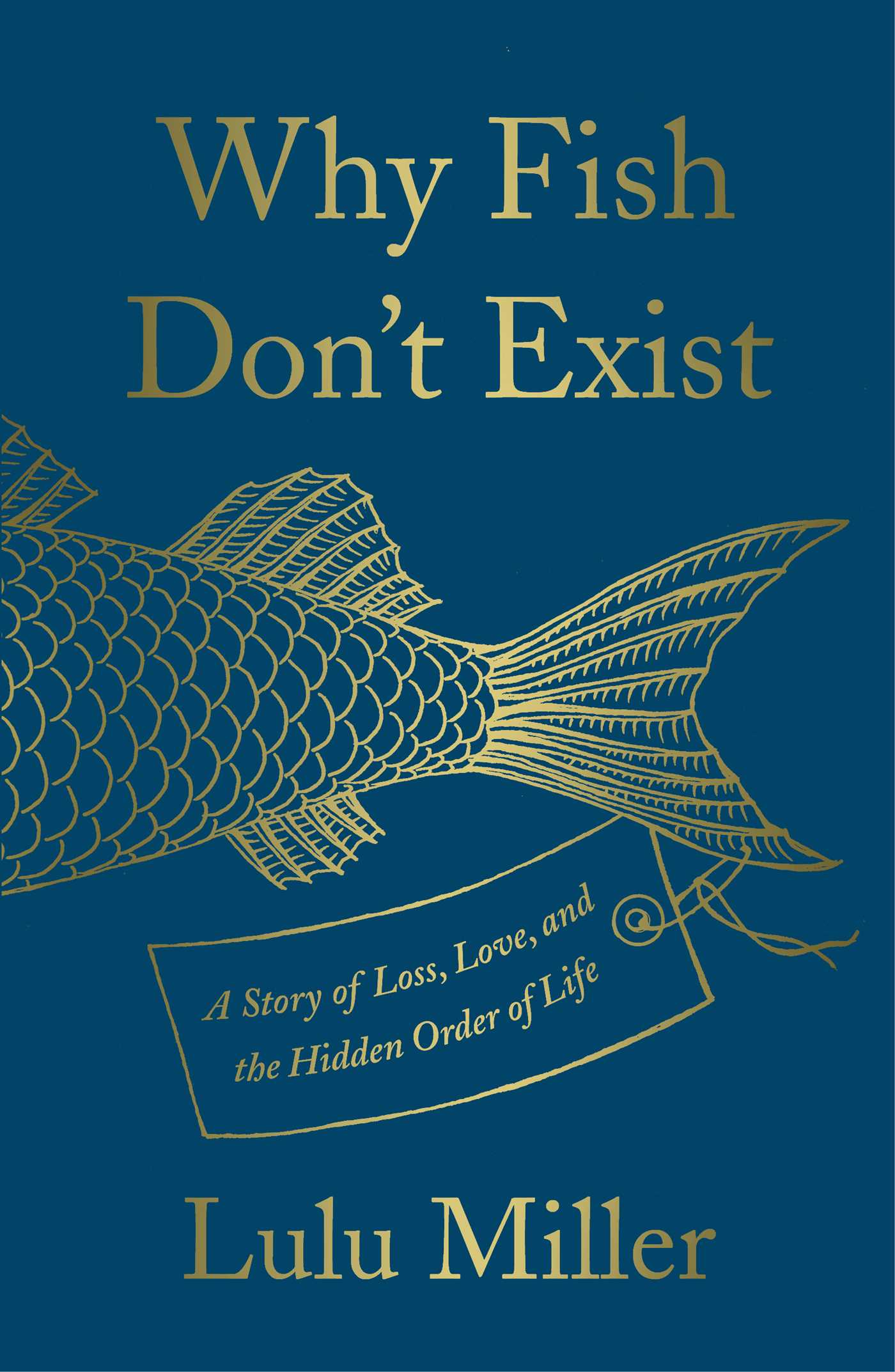 A wondrous debut from an extraordinary new voice in nonfiction, Why Fish Don’t Exist is a dark and astonishing tale of love, chaos, scientific obsession, and—possibly—even murder.

David Starr Jordan was a taxonomist, a man possessed with bringing order to the natural world. In time, he would be credited with discovering nearly a fifth of the fish known to humans in his day. But the more of the hidden blueprint of life he uncovered, the harder the universe seemed to try to thwart him. His specimen collections were demolished by lightning, by fire, and eventually by the 1906 San Francisco earthquake—which sent more than a thousand of his discoveries, housed in fragile glass jars, plummeting to the floor. In an instant, his life’s work was shattered.

Many might have given up, given in to despair. But Jordan? He surveyed the wreckage at his feet, found the first fish he recognized, and confidently began to rebuild his collection. And this time, he introduced one clever innovation that he believed would at last protect his work against the chaos of the world.

When NPR reporter Lulu Miller first heard this anecdote in passing, she took Jordan for a fool—a cautionary tale in hubris, or denial. But as her own life slowly unraveled, she began to wonder about him. Perhaps instead he was a model for how to go on when all seemed lost. What she would unearth about his life would transform her understanding of history, morality, and the world beneath her feet.

Part biography, part memoir, part scientific adventure, Why Fish Don’t Exist reads like a fable about how to persevere in a world where chaos will always prevail.

Why Fish Don't Exist is an interesting book as it's partially a biography about biologist David Starr Jordan and also partially a memoir about the author Lulu Miller. At first, this made it difficult to figure out what the book was trying to achieve, but as I read, I found that Jordan's and Miller's story's intertwined in a really amazing way.

Jordan was a taxonomist interested in cataloging fish species and determining where they fit on the tree of life. He also served as the first president of Stanford University. I had never heard of him before picking up this book, but the way Miller wrote about him quickly made me curious to learn more about him. That curiosity turned to disillusionment as the book went on and Miller herself discusses how she felt to learn darker truths about Jordan's life, including his enthusiastic support of eugenics and forced sterilization.

Throughout the book, Miller ties Jordan's story to her own search for meaning in life, and she doesn't shy away from delving into her discomfort when she learns that this person who she's looking to for answers was a eugenicist. Miller does an excellent job of examining her own feelings about Jordan in light of the information she uncovers. Despite his abhorrent views, Miller ultimately takes meaning from his life in a way that I thought was done really well. As opposed to letting him off the hook, she explores his hypocrisies and finds what he failed to.

One aspect of the book that I was very thankful for was Miller's inclusion in the book of two victims of forced sterilization in the US. While Miller was swift in condemning Jordan's beliefs on eugenics, she wasn't a victim of them herself, and including the voice of actual victims isn't something that many people would have bothered to do. But Miller did. She got to know them and included their experiences in the book, letting them speak for themselves about what they experienced.

That chapter also serves as a potent reminder of just how recent forced sterilizations are in the US. In fact, they continue to happen today, and as Miller points out, the court case that paved the way for them to be legal has never been overturned.

Why Fish Don't Exist was an incredible book. It has science and history, but it's also very human as Miller explores what the meaning of life is or if there even is one. I'd highly recommend the book to everyone.